Return to Table of Contents

What is Average Life Expectancy?

Life expectancy is the average number of years a person in a defined community can expect to live based on current mortality (death) rates and is used as an overall indicator of the health of the population. It is a relatively understandable measure that easily allows public health officials, health care providers, and policy makers to communicate trends in the health status of a community. Life expectancy is influenced by social and economic characteristics including income, education, health care access, housing and neighborhood conditions, and environmental factors.3

What are the Main Findings?

How can we use this Information to Improve Health, Well-being, and Equity?

To increase life expectancy in Sonoma County, the following groups with shorter life expectancies should be considered as target populations for programs and policies to address risk factors for early death.

What is the Average Life Expectancy in Sonoma County? 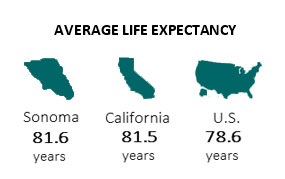 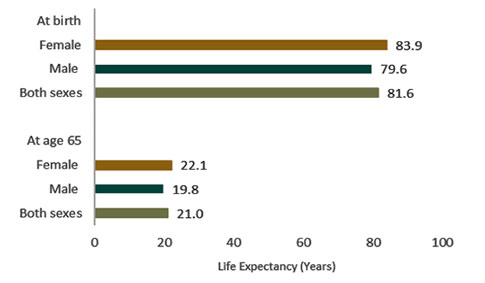 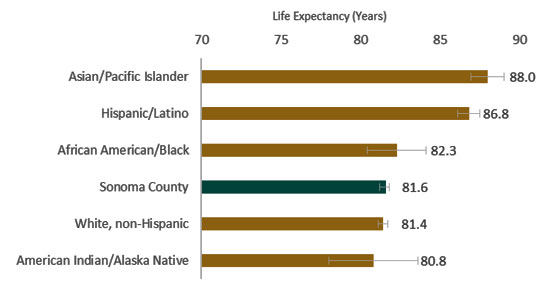 Does Life Expectancy Vary by Geography? 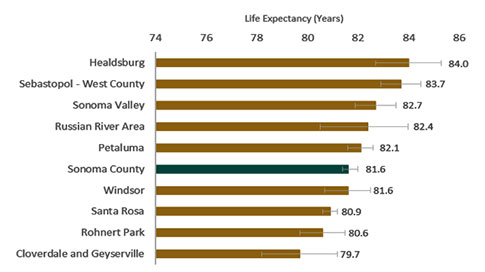