Mr. Solomon holds a Bachelor of Arts in Psychology and a Master of Science in Computer Information Systems.  In college he was first introduced to the psychology of policing when taking coursework from Craig Haney who conducted the Stanford Prison experiments.   He currently works as a Senior Information Security Analyst for Jackson Family Wines.  Nathan has over 25 years of experience in IT working various roles including founding his own software company.

Nathan is a native of Sonoma county and has lived in Santa Rosa for the past 14 years.   He has a 17 year old son and wife of twenty one years who was raised in Santa Rosa.   Nathan's interest in serving on the Community Advisory Council for IOLERO stems from the Andy Lopez homicide primarily and the recognition that we as a community have to do better.

Lorez Bailey is the publisher of the North Bay Business Journal. Prior to the business journal she served as the Executive Director of Chop’s Teen Club. Ms. Bailey worked at Social Advocates for Youth (SAY) as the Director of College and Career Readiness where she spearheaded the creation and revision of Sonoma County high school college and career centers.   In recognition of Women’s History Month, in March 2019 she was awarded U.S. Congressman Mike Thompson’s Sonoma County “Woman of the Year.”  She has also worked a large part of her career in media including The Community Voice, Press Democrat, Fremont Argus, ANG Newspaper Group, Youth News and Channel 50. Ms. Bailey earned her Bachelor of Arts in Communication Studies and Telecommunications from Sacramento State University and Master’s Degree in Education Technology from Sonoma State University. 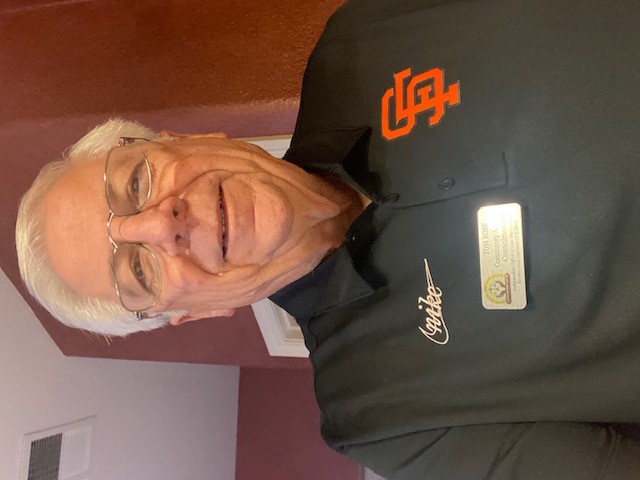 Mr. Rose grew up in Southern California and received a Bachelor of Arts degree from California State University Fullerton.  He moved to San Francisco to attend Golden Gate University School of Law, where he earned a Juris Doctorate degree and subsequently became a member of the State Bar of California.

Mr. Rose’s professional career was primarily with a bank affiliated entity in San Francisco. As an Executive Vice President-Chief Operating Officer, he was the primary interface with internal, Federal Reserve, and National Bank examiners. Mr. Rose recognizes the importance of having reviews by outside oversight entities, such as IOLERO, and the necessity for openness and cooperation between the entity being reviewed and the investigating team. While living in San Francisco, Tom was serving as chair of the Glide Finance Committee when two major achievements were completed: the opening of a Family, Youth & Childcare Center on Ellis St. which provides neighborhood child care, after-school activities, and parental training classes; and the construction of a six story Community House on Taylor St.

Mr. Rose moved to Petaluma in 1999 and is pleased to be appointed to the CAC by Supervisor Rabbitt.

Ms. Barrera attended the University of California, Merced where she received a Bachelor's Degree in Political Science. Following her graduation, she moved to Sonoma County to attend Sonoma State University as a graduate student in the field of Public Administration. In 2016, she received her Master’s Degree.

While in school, Lorena served as a volunteer in various internships in all levels of government. During this time she became aware of the disconnect between people and their representatives and how this disconnect contributes to a lack of understanding in what government does or should be doing for people. Around this time, Lorena began working as a staffer for a member of Congress where she was exposed to policy analysis and became more aware of the loopholes that exist in policy that affect both the public and the public agencies.

As a minority in society, setting an example in the community is of great importance to Ms. Barrera. She believes in informing and educating people in order to strengthen communities.

As a resident of Sonoma County, Ms. Barrera seeks opportunities that will allow her to serve as a community representative because she cares about making a difference for everyone. Ms. Barrera has served on Sonoma County’s Commission for the Status of Women (CSW) since 2015 where she currently serves as the vice-chair. As a member of the CSW, she served on the CSW’s Mental Health Ad Hoc Committee where she did research on mental health and the stigmas that surround mental health conditions. Ms. Barrera brings to the CAC her experience studying mental health conditions and she will be instrumental in integrating that information into the CAC’s outreach and policy work.

Ms. Flores Suazo was raised in Geyserville, California and has been active in the Sonoma County community and school districts for the past 11 years. Her passion for working with the Latinx community came after her active involvement and political activism with Movimiento Estudiantil Chicana/o de Aztlán (M.E.Ch.A.) and through her work with California Migrant Education - Mini-Corps, working with Healdsburg migrant students and their families during her studies at Sonoma State University. Ms. Flores studied Chicano and Latino Studies and Early Childhood Education and worked for Sonoma State University Upward Bound Programs, supporting first-generation high school students on their path to a 4-year university. With her background and passion in education, Ms. Flores returned to her former high school in Geyserville to support parents and students to pursue their post-secondary education and career goals by providing them with opportunities and the tools to succeed.

Mr. Zelig has been a licensed attorney in the State of California since 2003 and is President of Law Offices of Evan E. Zelig, a professional corporation. His practice focuses solely on criminal defense, representing individuals charged with misdemeanor and felony criminal offenses. He also serves on the indigent criminal defense panel. Mr. Zelig earned a Bachelor of Arts in Political Science at University of California, Irvine and his Juris Doctor from McGeorge School of Law, University of the Pacific.

Mr. Zelig is active both socially and politically in the Town of Windsor where he currently serves as Chair of the Planning Commission. Mr. Zelig is the grandson of Holocaust survivors and is a regular contributor to the Holocaust Museum LA, a museum his grandmother helped establish.

Mr. Zelig looks forward to serving as a liaison between members of the community and members of law enforcement. He believes his work within the criminal justice system, his volunteer work, and life experiences that have allowed him to live, interact and work with diverse populations will serve him well as a member of the CAC. Mr. Zelig states, “Understanding what all parties in a situation may be dealing with and looking at policies objectively will allow us to better understand what changes may need to be made.”

Mr. Pearl received his B.A. in Natural Science and Mathematics from Bennington College, and his Ph.D. in Neuroscience from Case Western Reserve University. He was an HIV/AIDS educator and advocate in the early part of the HIV epidemic in Cleveland, OH, and was part of training hotline workers that staffed the first statewide HIV/AIDS Information hotline. Mr. Pearl taught at Hampshire College from 1989 through 1999, as Assistant and Associate Professor of Biology. He conducted studies primarily on the AIDS epidemic, particularly as it affected women and people of color. He was also involved in AIDS education and advocacy during the first half of the 1990s. He was involved in several grant-funded projects to enhance in-service science education for educators in the region, particularly in terms of use of technology in the classroom.

Mr. Pearl was a nationally recognized leader in the nonprofit technology field. He was on the steering committee of the Non Profit Open Source Initiative (NOSI), and was a member of the boards of NTEN, the Nonprofit Technology Network, and of Aspiration, an organization that fosters software development in the nonprofit/NGO sector. Mr. Pearl has worked with organizations focused on women's rights, human rights, the environment, and internet freedom.

Mr. Pearl is a long-time practitioner of contemplative spirituality. Mr. Pearl has a Certificate of Theological Studies from Pacific School of Religion, in Berkeley, and has been teaching contemplative practices since 2005. Mr. Pearl's current work is teaching embodiment, mindfulness and self-compassion to marginalized folks, as well as working with organizations with a trauma-informed lens to apply harm-reduction principles to organizational structure.

Mr. Pearl has written many articles and reports for scholarly journals, educational and nonprofit audiences, and the public, and is also a multi-genre creative writer. 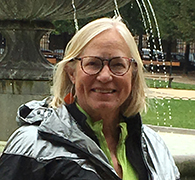 Nancy Pemberton obtained her B.A. degree at San Francisco State University and her J.D. degree at Berkeley Law School (then known as Boalt Hall).  For most of her legal career, she specialized in representing defendants charged with capital crimes and facing possible execution, both as an attorney and mitigation specialist.  Now retired from legal representation, she works part-time writing and editing content for a website used by capital litigators.

As part of her litigation practice, Ms. Pemberton volunteered time to train attorneys and investigators in capital litigation issues, presenting at legal and investigative conferences and seminars throughout the country.  She also taught a clinical course, the Art of Investigation, at Santa Clara University Law School in conjunction with the Law School’s Innocence Project.

In 2000, Ms. Pemberton and a fellow investigator co-founded the Institute for International Criminal Investigations (IICI), an organization that trains professionals in the investigation of human atrocities.  She continues to sit on the IICI board.  She also sat on the board of the American Civil Liberties Union of Northern California for many years, including chairing the board for six of those years.

Having moved to Sonoma County in 2014, Ms. Pemberton became involved in the campaign to pass the Evelyn Cheatham Effective IOLERO Ordinance, also known as Measure P, adopted in November 2020 with the approval of almost 2/3 of the vote.  She now serves on the Committee for Law Enforcement Accountability Now (CLEAN), a group dedicated to ensuring the robust implementation of Measure P.

Ms. Pemberton is delighted to serve on the Community Advisory Council.  She believes that it is the responsibility of everyone in a democracy to oversee the people in law enforcement to whom they have granted such enormous responsibility and authority; and she aspires to live in a community where law enforcement officers and the people they serve view each other with mutual respect and trust.  She looks forward to doing her part to achieve those goals.