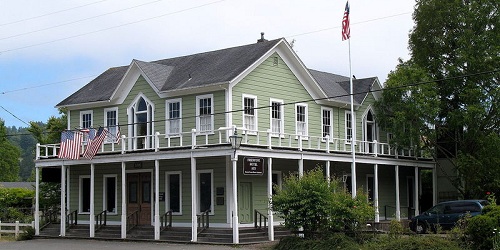 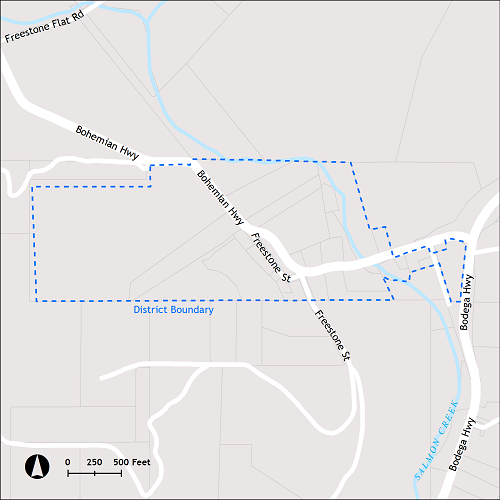 The Freestone Water District serves the community of Freestone, which is located on Bohemian Highway at Bodega Highway, about 4 miles West of Sebastopol. For information about water service in this area, please contact the Sonoma County Department of Transportation & Public Works.

Use the link below to download a detailed map of the Freestone water system, showing the treatment plant, storage tanks, hydrants, and water lines

This Water District is funded with revenue from usage and service charges.

How much did the previous 218 process that was voted down cost our district?

How much has been billed to our district to prepare the current 218 process for rate increase?

How much was billed to us for the consultant who prepared the numbers presented at the meeting you attended in Freestone?

Answer: The cost of the NBS agreement has been covered by a one-time general fund contribution to the Special Projects Water Fund.

Would it be possible to combine the rate increase and the filter replacement with one 218 agreement?

Answer: Yes. It would be preferable to have both items addressed with this Prop 218 hearing/process.

How long will it take to get the new filter plant on line?

Answer: We estimate six to seven weeks between ordering the equipment and installation.

Would it be accelerated if we financed it with a temporary loan as we did with the lid replacement?

Can we move forward with the well enhancement project without a 218 process?

Answer: Yes. We expect to complete the well inspection and possible rehabilitation work by the end of June 2016. Both wells will be addressed and the County is funding this project.

If the Webley water offer turns out to be a viable source how much is he asking to be paid for the water?

Answer: The cost has been briefly discussed and it will be very minimal or perhaps a trade off as we negotiate with Mr. Webley. No decision will be made without consulting with the residents first.