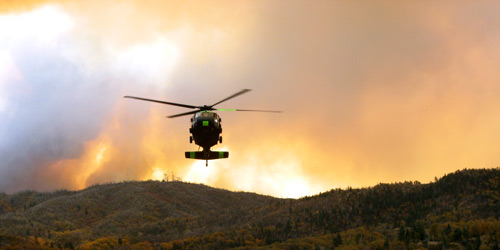 Sonoma County is committed to working with local fire service agencies and stakeholders to provide more efficient, effective, and sustainable fire services in Sonoma County.  The Board of Supervisors has assigned Supervisors Rabbitt and Hopkins to Fire Ad-Hoc Committee to provide policy guidance to the Board.

A key activity of the Fire Services Project is to increase revenue sources that support efforts to create more efficient, effective and sustainable fire services.  Measure G was placed on the March 2020 ballot as a ½ cent sales tax to support fire district staffing and incentivize fire district consolidations.  Measure G received 64.84% of the vote, missing the required 2/3rds vote requirement by 1.86%.

The Board of Supervisors has agreed to pursue another sales tax measure and is working with countywide stakeholders to place a measure on the June 2022 ballot.

Fire Services Project Funds support contracts to incentivize fire district consolidation efforts and to enhance fire service levels throughout the County.   This funding is made up of a portion of the County’s Proposition 172, Public Safety funds, which are quasi-discretionary funds that must be spent on public safety efforts.  In June 2015, the Board of Supervisors adopted a policy that directed a portion of Prop 172 funding to support fire services.  Beginning in Fiscal Year 2017-18, the board began directing a portion of Transient Occupancy Tax (TOT) revenue, which is a fully discretionary funding source of the Board of Supervisors, to also support fire services.

County Service Area (CSA) 40 was formed in 1993 as a special dependent district to collect property taxes to provide fire protection services to the unincorporated areas of Sonoma County that are not within the boundaries of an existing Fire Protection or Community Services District.  Fire protection services are provided by local Volunteer Fire Companies and oversight was provided by the former Fire and Emergency Services Department.  Beginning in FY 2018-19, a contract was executed with the newly formed North Bay Fire to provide support and oversite of the Volunteer Fire Companies. Based on recommendations from the Fire Services Work Group, the County is actively working to consolidate CSA 40 territory with professional fire districts.

Mello Roos County Facilities Districts were formed by the communities of Dry Creek and Wilmar to support their volunteer fire agencies.  The revenue generated from these voter approved property taxes must be spent to support fire protection services within each of these communities.